“Opportunity Zones” are included in the new tax law known as Tax Cuts and Jobs Act of 2017.  These zones encourage private sector investment in low-income community businesses which are inside defined census tract lines throughout the United States.

The new tax code allows any taxpayer to defer gains until the earlier of the date on which the opportunity zone investment is sold or December 31, 2026 on the sale of any property to unrelated taxpayers by investing the gain in an Opportunity Fund, which in turn must invest at least 90% of its assets, directly or indirectly, in businesses located in certain low-income communities designated as Opportunity Zones. 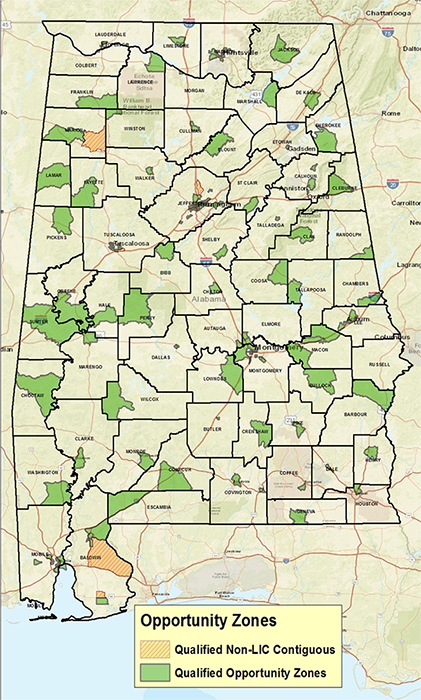 Many investors are waiting for more IRS guidance (we are too!), and it makes sense that investors want to feel comfortable that they’re structuring their investments properly. However, here are the general provisions:

Defer an unlimited amount of gain from the sale or exchange of property (from just about any source) and potentially eliminate a portion of the gain and all future appreciation:

Once you have held the investment at least 10 years, your basis will become the fair market value on the date it is sold.  Thus, if you sell the investment in 2029 for $1.5 million as in our previous example, you will have a zero gain at that time and effectively avoid gain on the $150,000 for holding it at least 7 years and the $500,000 of appreciation while you held the investment.  Assuming the same capital gain tax rates as now in 2029,  you will have reduced your tax on the $1.5 million dollar gain by $130,000.

If you have any questions, please do not hesitate to reach out to your JMF tax advisor.

There are plenty of questions still to be addressed by the IRS within their guidance which is expected by year end, so be on the lookout for new discussion and updates of this blog post.

We’ve updated a post on Opportunity Zones in Alabama to include discussion of the state level incentives and certain IRS regulation updates. (June 2019)