Alabama Timberland Acreage Is Up to 23 Million Acres

Alabama Timberland Acreage Is Up to 23 Million Acres

A 2014 study by the Forest Inventory & Analysis (FIA) shows that the amount of timberland in Alabama has increased to an all-time high of 23 million acres, or 69% of Alabama’s total area. That’s an increase of 360,000 acres since the year 2000.

The only states in the nation having more timberland than Alabama are Georgia and Oregon.

The mix may surprise some people too. Alabama forests are comprised of 43% hardwood stands, 43% softwood stands (mostly pine), and 14% mixed hardwood/pine stands.

Click here for more information and the full report from the Alabama Forestry Service. 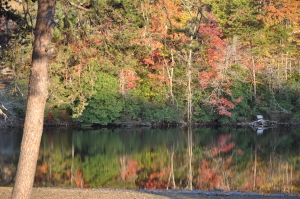